They started The Dough Bar in early 2015, from a 600 square foot apartment in the heart of Silicon Valley, looking for healthier alternatives to their favorite sweet treats. Marquez and Ondrea then quickly established a brand on social media that celebrated the fusion between fun food and an active lifestyle.

Welcome to another episode of #Imalittlebuzzed. If you’re a Shark Tank fan, you’ll probably recognize today’s guests, Marquez and Ondrea, the owners of The Dough Bar!

After launching in April 2015, The Dough Bar became a viable business. In 2016, they auditioned for ABC’s Shark Tank. While the two made it fairly far, they were encouraged to return when their business had another year of growth under its belt. In 2017, following their wedding and in the midst of pregnancy, the couple returned to the Shark Tank audition and made the cut! They stood before the Sharks and ended up wheeling a deal with Barbara Corcoran.

After the mind-blowing experience on Shark Tank, The Dough Bar co-founders decided to move their entire operation to Colorado in order to bring all production in house. This massive move evoked challenges unimaginable, which the company is still working diligently to resolve. After filing for bankruptcy and recovering ownership of The Dough Bar, what are the next steps for Ondrea and Marquez? You’ll find out in this episode.

DISCLAIMER: The information in this podcast is our personal observations and opinions, and is not endorsed by anyone or any business mentioned in the podcast. 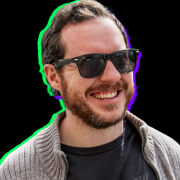 Work-life Balance and How to Manage Family and Business Do you recognize yourself as an effective leader? Or are you curious about what are ...
By John Timmerman
January 28, 2021 Impact of Innovation on Business The Power of Goal Setting and How to Achieve Goals

It’s that time of the year when you sit down, think about the upcoming year, ...
By John Timmerman
December 31, 2020 Do you recognize that marketing is a necessity for any business? Want to learn more ...
By John Timmerman
December 24, 2020 Business Trends You Need to Know for 2021 | Entrepreneur Tips Should My Business Take on Investment?

Should you find an investor? Should you go get a bank loan? Should you apply ...
By John Timmerman
December 10, 2020 Do you wanna live your life to the fullest? The one life that we all ...
By John Timmerman
December 3, 2020 How To Improve Your Sales Process and Increase Business